Welcome to The Candleford Chronicle's "Women in Love" page - A Scrapbook of Clips, Videos, Photos and Our Collection of Autographs and Memorabelia from our favourite Lesbian Period Dramas including Tipping The Velvet, Fingersmith and The Secret Diaries of Anne Lister.

Sarah Lancashire plays Caroline, Spinning plates and managing her family come easy to Caroline. But dealing with her love life is a different story.
As a headmistress of a successful school, from the outside, Caroline looks like she breezes through life. But her marriage has failed, her sons are hormonal and her love life is complicated - her lover is Kate, a teacher at her school.

As charismatic heroine Nan Astley (Rachael Stirling) grows into womanhood, she realises that she's attracted to women, not men. It leads her into a series of lesbian adventures.
The glamorous world of 19th century music hall provides the backdrop for Nan's first love affair with Kitty (Keeley Hawes), a popular male impersonator music hall star. They become a double act both on and off stage, but their manager Walter (John Bowe) wins Kitty's hand as she ultimately chooses the safety of a traditional life rather than risking the public disapproval of her true feelings for Nan.
Devastated by Kitty's betrayal, Nan takes to the streets to survive, in her guise as a male impersonator, and finds a niche in the Victorian sexual underworld. She's drawn to Florence (Jodhi May), but is unable to tell her the truth about her secret street life.
Instead, she's spotted by the wealthy widow, Diana Lethaby (Anna Chancellor), a woman in her thirties who is amoral, capricious and predatory. She introduces Nan into a world of luxury and debauchery, and makes Nan her sexual slave.
When Nan is thrown back onto the streets, she searches for Florence, who is initially deeply mistrustful, but a strong bond develops between them that blossoms into real and lasting love.
_______________________________________________________________________________________________

The diaries reveal a woman who, although passionate, was not always pleasant. Her snobbery and acid wit made her numerous enemies, which encouraged the malicious speculation about her intense relationships with other women.  Many of her attitudes seem painfully out of date. Whilst she was more than happy to flirt with the working class women, it is clear from her diaries that she didn’t respect them, But it was her love life that was dramatic – her early lover Isabella Norcliffe, described in Anne’s diaries as a tempestuous alcoholic, longed for monogamy but introduced her to Marianne Belcombe who became Anne’s lover for much of her life. The relationship was tested by Marianne’s marriage to Charles Lawton for financial security, but their affair continued. Anne’s account of Marianne’s wavering affections are among the most moving of her diaries as she gradually begins to accept that they do not have a future together.
Eager to escape the oppressive environment of early 19th Century England, Anne escaped to the continent where she climbed mountains and moved among bohemian circles. Returning to Yorkshire, she entered into a relationship with local heiress Anne Walker, going to far as to hold a marriage ceremony at Shibden Hall, much to her family’s disapproval.
Video by The Candleford Chronicle - You Tube User - slc36 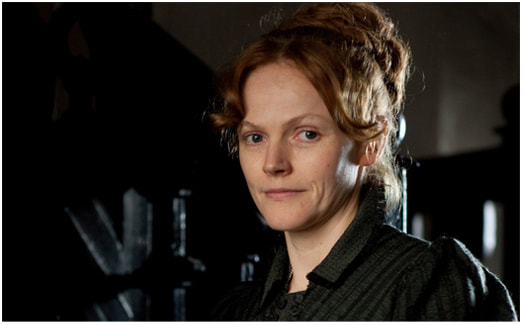 Fingersmith tells the story of charming con-man Richard Rivers (Rupert Evans), who embarks upon the most ambitious scam of his life. His plan is to defraud wealthy young heiress Maud Lilly (Elaine Cassidy) by seducing her into eloping with him. To achieve his aim, Rivers enlists the help of Sue Trinder (Sally Hawkins).
Since she was orphaned, Sue has been brought up amongst pickpockets and charlatans. She's been protected and cared for by Mrs Sucksby (Imelda Staunton), who believes Sue is too good a girl to get directly involved in such a world. But when Mrs Sucksby's old friend Rivers offers 20-year-old Sue £3000 to assist him in one of his scams, Mrs Sucksby agrees to conspire.

The rather striking Anna Maxwell-Martin is a star on both stage and screen. Anna had dreamed all her life of becoming actress even though her family had no background in the arts whatsoever. She starred in school plays and an acclaimed production of "Breezeblock Park" in the role of Betty.
Upon successful completion of the three year acting programme, Anna embarked upon a career which has built up gradually over the years. She has starred in Bleak House, Wind in the Willows, Becoming Jan 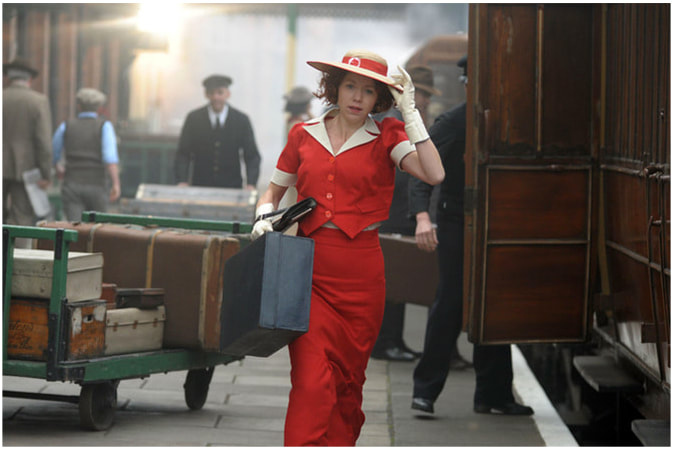